Emil Nolde could only ever imagine one life: that of a painter. This compulsive drive and the unconditional desire for recognition brought Emil Nolde throughout his life into a growing and tragic conflict between his two identities: that of the painter and that of the human being, which he had to fill out as son, husband, friend, lover and citizen.

But who was Emil Nolde? "Anti-Semite", "Racist", "National Socialist": this is how art historians now judge the North German expressionist Emil Nolde. One of the first political reactions: Emil Nolde's pictures in the Federal Chancellery are removed.

Yet the "heroic story" told after the Second World War was so beautiful and edifying: Emil Nolde had secretly produced small-format watercolours as "unpainted pictures" since 1941 onwards, despite a ban on painting and at the risk of life and limb, and thus became a symbol of a creative resistance to totalitarian oppression after 1945. Siegfried Lenz's novel "Deutschstunde" (German Lesson), in which the painter Nansen made an important contribution to Nolde's glorification as an artist resisting the Hitler regime, also made a considerable contribution to this. This legend is no longer tenable.1

The Berlin exhibition in summer 2019 "Emil Nolde - a German legend. The Artist in National Socialism" impressively demonstrated Nolde's sophisticated foreign and self-stylisation in the media as a hero who was initially inclined towards Hitler, then disillusioned, persecuted as "degenerate" artists, defamed, and ultimately artistically resistant despite surveillance by the Gestapo. Bernhard Fulda, Aya Soika and Christian Ring succeed in exposing this myth as predominantly insubstantial through an interdisciplinary research approach and a well-founded source-based analysis.

This was made possible above all by the opening of the archive of the "Seebüll Ada and Emil Nolde Foundation" and the reorientation of the Foundation since it was taken over by Dr. Christian Ring. This now unhindered access to previously withheld documents was denied to Kirsten Jüngling by the Foundation in Seebüll in 2013 for her interesting Nolde biography, which offers many news.

Spring in the room

Fulda and Soika prove that Emil and Ada Nolde had put together many traditional statements and "self-testimonies" in letters, documents, notes and Nolde's autobiographies, especially with regard to the desired reception of Emil's art, and that these were thus part of a publicity-oriented self-dramatization of his art and his life. This context also includes the destruction of documents after the Second World War that would have proven the Noldes' proximity to National Socialism and their pronounced, above all racist-motivated anti-Semitism.

Now Nolde's life and art offer much more dramatic material than his exclusive preoccupation with his behaviour during National Socialism. Our dramatic biography "Emil Nolde - Triumph of Colours" approaches this person with the means of theatre, traces a multi-layered, interesting and contradictory character, which archetypically stands for the tragedy of an extraordinarily talented artist personality who lived between the Franco-German war of 1870/71 and the end of the Second World War in an epoch which demanded one thing from his contemporaries: adaptation.

"Painting was my better being" (Emil Nolde). Was anyone afraid that the public, in view of Nolde's enthusiastic esteem for Hitler and his anti-Semitism, which was radicalizing itself until 1945, would at some point no longer buy his self-portrayal as an artistic resister against the fascist regime of injustice?

Early on Nolde therefore emphasized his tendency to want to differentiate "between the artist and the human being". Through this conceptual separation, the painter suggested to posterity that the moral integrity of art and artist should not be called into question by inconsistencies in Nolde's biography, his "human existence. And this communication strategy was long successful with the help of the Foundation in Seebüll, which claimed the power of interpretation over Emil Nolde.

On the occasion of Nolde's 100th birthday in 1967, for example, Walter Jens demanded, despite critical words about his advances to the National Socialist rulers, that one should say goodbye to the "fascistically falsified, all too Nolde's Nolde," because in his art "Nolde had refuted himself "2. Or in other words: In his creative work, the "unconsciously resistant artist" had triumphed over the Nazi Nolde.

Doesn't this view speak for itself? The ostracism of Nolde's art as "degenerate", the professional ban imposed on him in 1941, and not least Hitler's insulting tirades ("Nolde, that pig. What else are they? What he paints are always just dung heaps. "3); wouldn't they have suggested an adaptation of his artistic work in the case of a flawless opportunist?   But precisely this subjection of Nolde to National Socialist aesthetics is omitted.4 Or in the words of a schoolgirl (in the context of a class discussion during the contemplation of "Frühmorgenflug (1940)):" No Nazi paints like this!

If one follows the current public discussion, then the verdict on Emil Nolde nevertheless seems to have been spoken: a ruthless opportunist and self-staging director who served the spirit of the times and the rulers in order to gain further recognition for his art, especially that of Adolf Hitler, admired by both Noldes.

The play "Emil Nolde - Triumph of colours" will not make it that easy for you. Well, the evidence is overwhelming, research and science have presented an almost complete chain of circumstantial evidence for their verdict. But Friedrich Schiller, who was not only a poet but also a historian, already knew about the questionability of an appreciation of a character based only on written sources and wrote in 1784 in "Die Schaubühne als ein moralische Anstalt betrachtet": "But not enough that the stage acquaints us with the fates of mankind, it also teaches us to be more just against the unfortunate and to judge him more leniently. Then only when we measure the depth of his afflictions may we judge him." Or to put it another way, with Brecht from his poem "An die Nachgeborenen":

You who will emerge from the flood
The one we went down in
Remember
When you speak of our weaknesses
Even in the darkest days
The one you escaped.

During the performance, you will see a large number of Nolde's paintings in order to get closer to Emil Nolde as a person through his art, but also, in view of the emotional impact of his works, to trace their effect on people.

Among other topics, the relationship between Emil and his wife Ada is the focus of our drama: a marriage that in many ways defies traditional classification.

So look forward to an exciting, thought-provoking evening of theatre that will broaden your view of the person and artist Emil Nolde.

We would like to take this opportunity to thank the Seebüll Ada Foundation and Emil Nolde for providing the photographic material. The above-mentioned Foundation and we of the "Nolde Project" attach great importance to the statement that there has been no other form of cooperation and that the form and content of the production of "Emil Nolde - Triumph of Colours" are exclusively the artistic responsibility of the "Nolde Project". 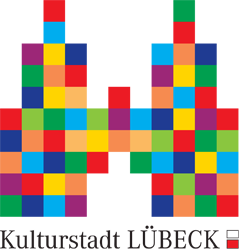 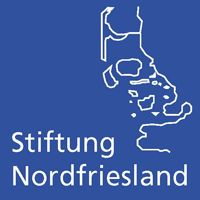 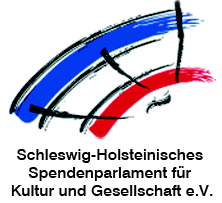